You may not be diabetic , But Read this article because Dr. Mark Hyman says it is possible to detect if one can get diabetic 10 years from now this can be done doing a simple 2 hour insulin-glucose challenge test also called as oral glucose tolerance test (OGTT) which can tell if your body has already started developing insulin resistance and if the results say your body’s insulin resistance is more you need to adopt to an insulin resistance diet to improve your body’s ability to use insulin effectively.

If you find any of your family members or friends who fit the above criteria you can advise them to go for the insulin-glucose challenge test. Once you are sure your body has started developing insulin resistance you should start planning your insulin resistance diet. Insulin Resistance diet calls for healthy eating habits and a relaxed lifestyle.

Let us understand why do your cells don’t respond to insulin properly?

As explained by Doctor Neal Barnard Insulin resistance is caused due to intracellular fat, you should not get confused here that the fat is only around your waist, the fat here we are talking is inside your cells which is actually blocking the insulin from doing its work.

Following can prevent build up of fat in your cells and make up for a workable insulin resistance diet. 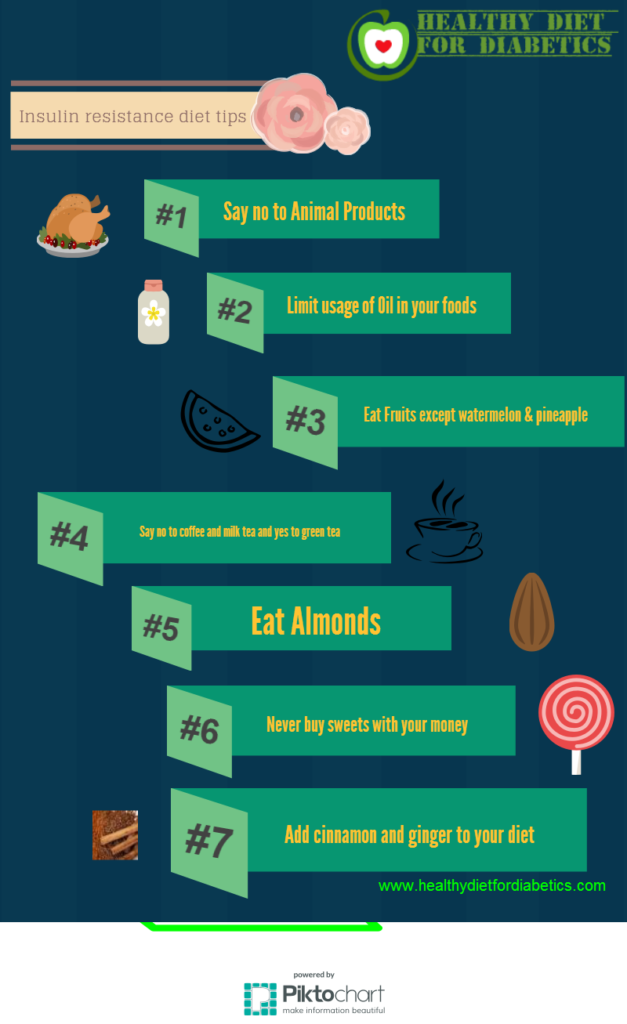 We love to hear your views about insulin resistance diet ! 🙂

You may also like to read Dr Hyman’s article